School of Planning and Development

School of Planning and Development (SPD) came into existence in 2018. Urban Planning programmes at Sushant University started in 2013. These were aimed to meet the growing demand for urban planners in India. The ongoing transformation from a primarily rural to majorly an urban society will require strategic investments of funds and technology enabled by efficient deployment of skills. The rate of urbanisation in India varies from national to regional level and sub-regional level. While Census 2011 has identified 7,935 urban settlements, nearly 24 percent of urban population lives in the 9 cities (Delhi, Mumbai, Kolkata, Chennai, Bengaluru, Hyderabad, Ahmedabad, Pune and Surat). This shows the spatial imbalance in the urbanization.

The Government of India’s approach to urban development has evolved during the last two decades. Today, India has one of the unique urban sector missions covering a wide range of issues such as cleanliness (Swachh Bharat), housing (PMAY), livelihood (National Urban Livelihood Mission), health (National Urban Health Mission), heritage (HRIDAY), basic infrastructure (AMRUT), energy (solar cities), technology-driven (Smart Cities) and rural-urban (RuRBAN Mission). Deployment of technology and generation of spatial big data has presented a new opportunity for urban India. This offers immense potential for participation of various stakeholders and citizens themselves in the process of place-making. The recent UNESCO report has noted that by 2031 India would require approximately 300,000 planners whereas the current strength is approximately 5,000.

The future of urban planning is getting more technology-driven and behaviourally informed. Since India is preparing to harness the benefits of Fourth Industrial Revolution, Automation and Robotics, Internet of Things, Hyperloop, Personal Rapid Transits and Drone Technology, planning is becoming more spatial. Urban Planning education at the SPD has been designed to prepare the prospective students to address these issues. The School of Natural and Built Environment, Queen’s University Belfast, UK has come forward to engage with SPD to develop the curricula as well as teaching system to match international standards.

An under graduate course in Urban and Regional Planning was initiated in Sushant University in 2013. Numerous students across the country had enrolled for the course, which was developed based on the principles of heritage, sustainability, critical thinking, art and aesthetics; the pedagogy of the course focused on 'Hands on learning'. The first batch of students passed out of the university with flying colours, and went ahead to pursue careers in various public and private planning organisations in the country.

The post- graduate programme in Urban Planning was later initiated in 2017, followed by the introduction of post graduate courses in Transport Planning and Policy and Governance.

The Department of Planning transitioned to the School of Planning and Development in 2018. The school has, since then, been instrumental in laying the foundation of the Planning education in Gurgugram region for nearly a decade now. The post graduate course in Urban Planning is recognised by the Institute of Town Planners India (ITPI).

Since its inception, the School has engaged with the local community, city planning agencies, NGOs, industry experts, for various studio projects and course curriculum.

The School has had both national and international outreach for academic and research partnerships with reputed institutions like Queens University Belfast, University of Lincoln, University of Otago, New Zealand, University of Nottingham, to name a few.

The School has been set up with a vision to establish an ecosystem of quality teaching and research, capable of constantly producing globally competitive knowledge and skills.

The intent of the School is to create a sustainable built and natural environment that enriches communities through leadership, entrepreneurial creativity, application of geospatial technologies integration, social responsibility and sustainable planning and policy.

The vision, an ongoing process, shall be attained by way of educating students to become leaders in Planning. We intend to achieve the mission through teaching the undergraduate and graduate courses in planning that link theory with practice by emphasizing on critical thinking and creative communication, hands-on learning, and community engagement. Our endeavour is to impart relevant knowledge and skills along with values and ethics.

Message from the School 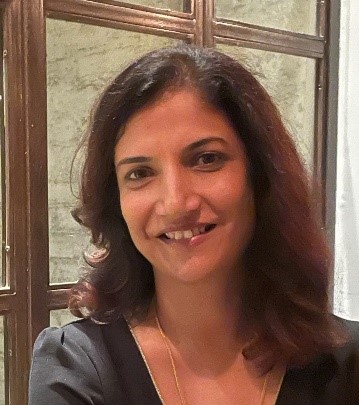 School of Planning and Development strives to be an exemplary planning school with a strong sense of excellence towards education, practice, research and scholarship. In response to today’s pandemic, the faculty, staff, students and alumni of SPD aim to accelerate positive changes in the educational practices th 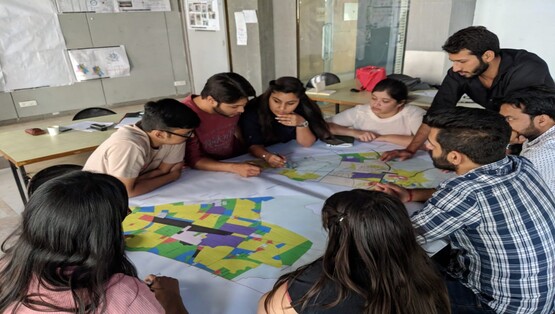 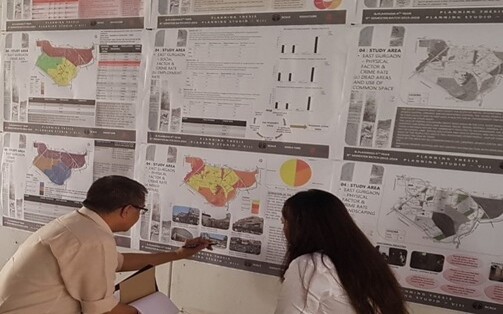 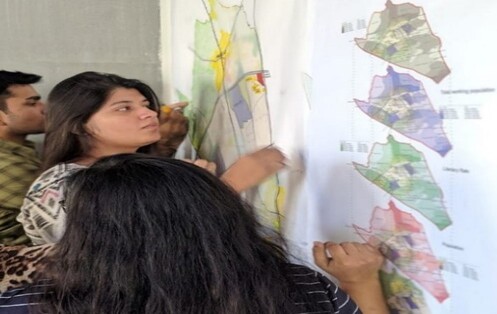